We attended the Tuesday October 23rd performance of Opera Hamilton's Rigoletto at Hamilton's Theatre Aquarius sitting in the third row of the balcony.

This hall is an intimate space for opera (at about 750 seats) but, since it was designed for spoken theatre, the acoustics are not really live enough for unamplified music performances.

The sound and sight lines from the balcony are every bit as good as the seats in the orchestra and, certainly, preferable to sitting in the first few rows. 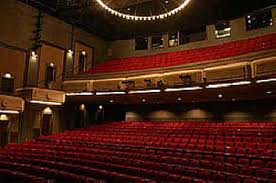 In this production the story is updated to the 21st Century and presented on a skeletal, but not minimalist, set. I'm usually partial to traditional productions but, at the end of the day, this approach worked for me and Director and Designer Michael Cavanagh is to be congratulated for a fresh look for this standard repertoire opera.

The opening scene is a corporate Hallowe'en party and the entire cast is costumed with the Duke and Rigoletto in the 16th Century garb one would expect in a period production, helping the audience to make the bridge from Victor Hugo to the present. 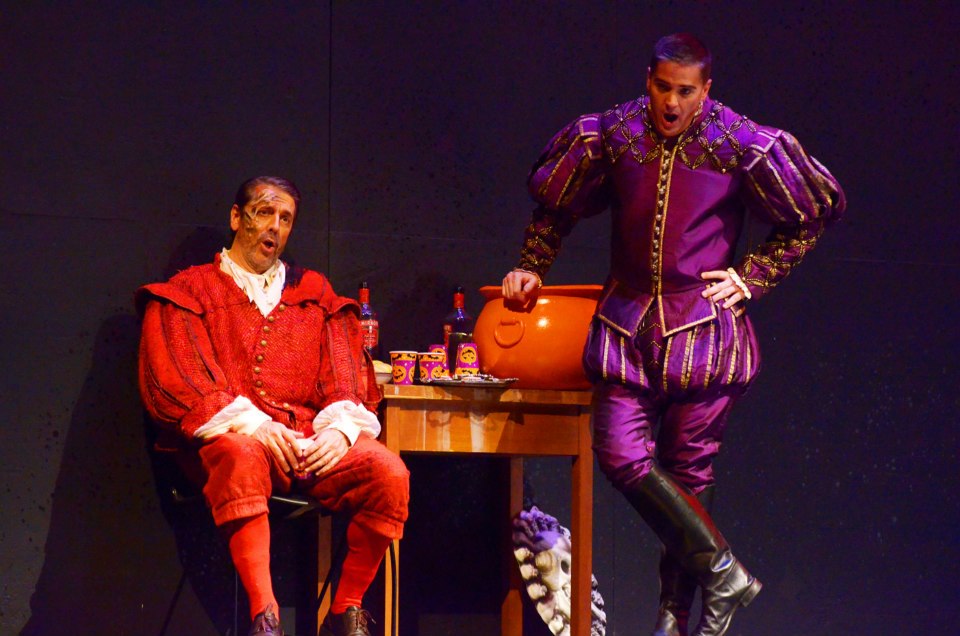 The second scene, however, is in Rigoletto's apartment where Gilda, in shorts and a fleece top is, presumably, surfing the Internet on her Macbook.

The four main players are all very good. Jason Howard, who has sung Rigoletto before, was dramatically convincing. He sang much of the role loudly which, while unavoidable in the Wagnerian repertoire which has been has recent work, is not desirable in some of this role or in a house this size. I've noticed this tendency of baritones in this house before (Hugh Russell and Alexandre Sylvestre did it last season in Il Barbiere). I know from personal experience that this is a difficult hall in which to sing since it sends nothing back to the singer. Nonetheless, singers should get out into the hall and listen to the others during the rehearsals to better understand the acoustics.

Tenor Gordon Gietz was an effective and credible Duke. He was sometimes out of tune in the upper middle of his voice but sported impressive and dependable top notes, including a lovely piano high B at the ending the reprise of La Donna e Mobile.

Lauren Segal did a expert job with the role of Maddalena. The character appears only in the final act but, with both her singing and acting, she persuasively portrayed this experienced woman who has been instantly captivated by the Duke. Her rich mezzo provided a favourable contrast to the other principal singers in the cast.

Finally, soprano Simone Osborne was surely the star of the show. She sang the coluratura role of Gilda simply and accurately. Her Caro Nome was stunning. Osborne's portrayal of the character was also convincing. There is little else to say. Watch for her when she comes to an opera house near you. 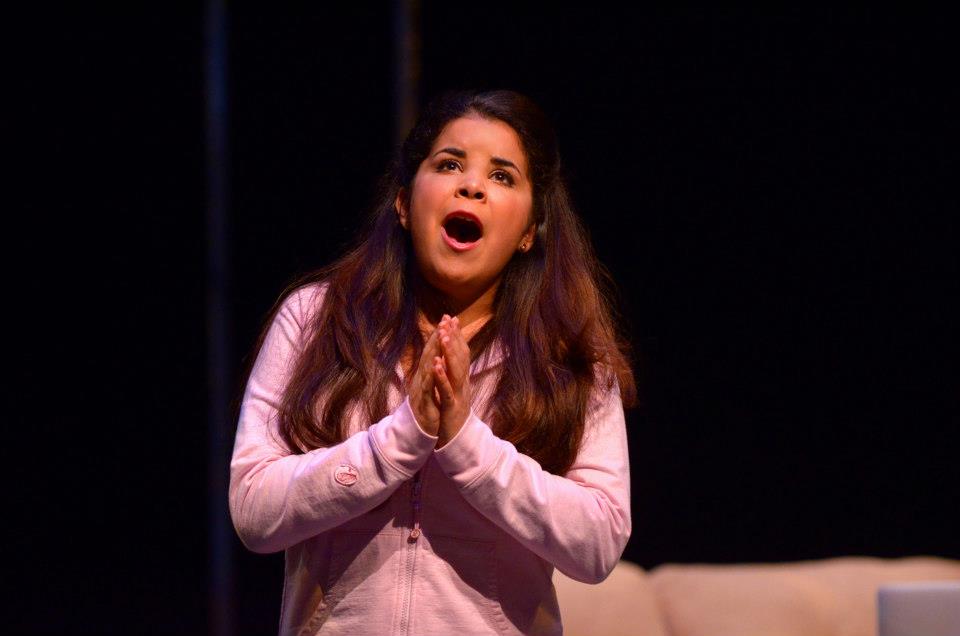 Bass Taras Kulish played both Monterone and the assassin Sparafucile. He's a good actor and contributed a ringing low F at the end of his duet with Rigoletto. Sadly his high notes tend to be pushed.

Chorus Master Peter Oleskevich must has taken the chorus to the woodshed after the not very complimentary review was published in the Hamilton Spectator Monday. Certainly, their singing was much improved over last year's Trovatore. The chorus was reinforced by the male comprimario leads.

The orchestra, all first rate players from the Philharmonic played pretty well  under conductor and General Director David Speers. With only 30 musicians, I do miss the full Verdi orchestration. This is one of the few halls in which the singers on stage don't need to "put out" to be heard over the orchestra, rather, it's the other way around.

The Popera Plus concert in January features John Fanning. Four performances of Les Pêcheur de Perles are coming up in early March with Brett Polegato and Virginia Hatfield. Other cast members have yet to be announced.
Posted by David S. Fawcett at 1:31 PM