I watched The Searchers (1956) the other afternoon. I'd recorded it (from WNED in HD) earlier after checking with Rotten Tomatoes, my go-to source of movie info.

If you've never encounter it, Rotten Tomatoes offers percent approval ratings (two of them actually, one from their list of critics and another from their "members") on most movies you might consider seeing on TV, computer services or currently in the theatres. It's not foolproof, but is more dependable than one critic or your Uncle Bob.

Anyway, The Searchers is a John Ford Western starring John Wayne. Ford directed many Westerns, 14 movies with John Wayne and this one is considered his best. Rotten Tomatoes rated it 98%/86%. That's quite an endorsement. 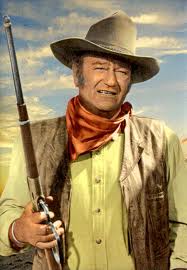 Overall, I enjoyed the movie although some of it was cringeworthy. There's a romantic subplot that provides the comic relief, the scenes of which seem at odds with the rest of the film. The John Wayne character is an out-and-out racist but there is none of the contextualizing you would find in a contemporary film. Finally, it is a Cowboys-and-Indians Western. There are all sorts of conventions inherent to this genre. As a child I learned them watching TV series like Gunsmoke and Bonanza. Even though I had all the tools, the mindset, to understand this film, 56 years on, I wasn't as engaged as I expected to be. 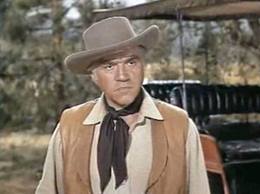 Where does that leave a young person or someone from another culture, I wonder? Without any experience of Westerns (or only having seen more contemporary, revisionist films like Unforgiven) what might that person take from a screening of this film? They would lack the mindset to fully comprehend it, and consequently, to enjoy it.

What would you have to do to prepare a young person with no experience of older films and Westerns to view this movie? I suppose this is the sort of thing that's done in Film Courses and I had such an experience many years ago before viewing Bergman's Wild Strawberries. 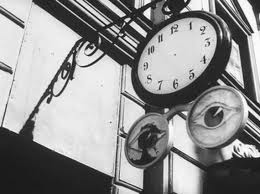 The number of people who take Film Courses in College or University is, however, vanishingly small, and I can't imagine that it would be a very high priority for many of today's youth, especially those who are first or second generation Canadians, coming from other cultures, and getting an education with the objective of making a living.

This brings me to the point of this blog post. We are going to see Rigoletto on Tuesday night. What would bring a young person with no experience of opera to such a performance? Indeed, if they came, entirely unprepared, what would they make of it? 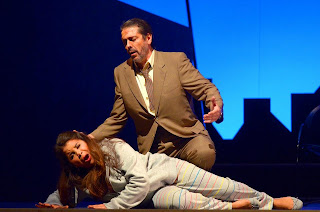 I'm afraid they wouldn't be able to understand what there was to like about it. The very things that would hold the attention of a more sophisticated audience member (operatic singing and acting, the staging, the orchestral playing) might very well not impress them at all.

Today, most people experience perfect renditions of music from electronic sources. Listening to real people make music, unamplified, with acoustic instruments or voices is outside their experience.

The young people who will be in the theatre for Rigoletto will be some of the handful who have learned about opera from their families, their social contacts or in music class in school. The vast majority of this potential audience has no contact with any sort of "classical music" and no interest in it. They lack the mindset to perceive its beauty and intrinsic worth.

The simple truth is that conventional acoustic music making, be it opera, symphonic music or chamber music, is likely on its last legs. It is progressively growing more elitist (as its audience dwindles), less accessible and, for producers and patrons, more expensive.

There are those who continue to fight to "expose" (unfortunate word) young people to "classical" music. I was one of those in my educational career and I know I made a difference in the lives of many children. But how much can one person do?

Here in Hamilton, Boris Brott continues to produced orchestral programs for school aged children and present them at Hamilton Place. I've been to his concerts (with a class of 9 year olds) who had a great time, but those in the Great Hall were a tiny proportion of the children who were eligible. The rest were likely back at school continuing their lessons in Literacy and Numeracy. Music isn't a very big priority in the Public Schools of Ontario these days.