Again this year, I've seen Keep Christ in Christmas and Keep the Original Meaning of Christmas type slogans on cars and lawns, and in Facebook postings. This illustrates the silos of thought and ideas in which most people live. 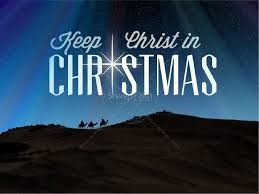 It ignores that fact that in modern Canada, Christmas and the Christmas Season have at least four different meanings and it's a rare individual who embraces all of them.

The most obvious one is that of Santa Claus a version of a mythic story that was popularized by Washington Irving and Clement Moore who wrote A Visit from St. Nicolaus (aka Twas the Night Before Christmas) almost 200 years ago. It was later capitalized upon by Coca Cola and later by every commercial interest imaginable. It is prevalent because it dominates every kind of medium and enables the monetization of the holiday. For those who depend on the retail and manufacturing world, what could be more important than that? 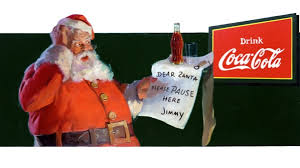 Another comes to us directly from another 19th Century author, Charles Dickens. He documents the gross inequity of Victorian society in his novels and is seen now as a social activist.  Dickens also wrote dozens of Christmas stories. The most famous, A Christmas Carol, helped employees secure time off work at Christmas time and popularized the practice of giving to those who in need, aided by Christian Methodism and its offspring like the Salvation Army. 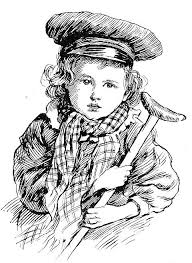 The third is the Nativity Story as told in two different versions in the Christian Bible. It portrays Jesus's birth happening in the most modest of circumstances, celebrated by lowly shepherds and a divine angel choir. His prestige is affirmed later by a visit from gift-bearing wise men. For many people, this means that children, like Jesus, should receive gifts at Christmas time. Somehow the Massacre of the Innocents and the escape into Egypt which follow don't get much play. 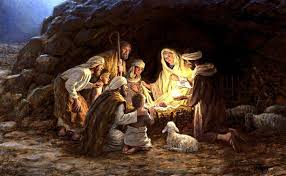 The last version is the actual origin of the mid-Winter festival which was co-opted by the Christian church as early as the third century. It takes place on the shortest day of the year. That was December 25 two thousand years ago.

It is still called Yule in Scandinavia although it's spelled differently. It was called Saturnalia in the Roman Empire.

People lit candles and fires to keep the light through December as the days grew shorter. In northern Europe they brought greenery into their homes to remind them that nature flourishes while it sleeps and that spring always follows winter. They drank and they partied. 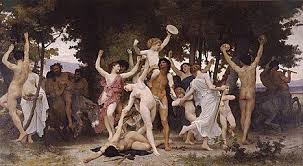 All four of these versions of Christmas have been mixed together and no two families or communities celebrated exactly the same combination.

Personally, I have not been in a church for religious reasons since I was a young teen. For me, it has always been about music. I have taken part in or attended concerts and even services too numerous to mention. I carolled for money and sang in church choirs, first as a volunteer and later as a mercenary. I taught hundreds of children and adolescents Christmas songs, secular and religious. If a school principal, in the interest of political correctness, had decided there could be no more Christmas songs at school I'd have stopped running the school choirs. A descendent of British immigrants, I did my part to preserve and share my culture and traditions.

I find the onslaught of Christmas songs and merchandising, which began after Hallowe'en this year nauseating and irrelevant. I'd rather they left it much later.

As for the Christmas some people want to keep Christ in, why would anyone who isn't a Christian celebrate it? Some lapsed Christians attend and participate but they no longer believe.

Different people, families and communities celebrate the holiday season in different ways. It would be helpful for everyone to respect the differences and the reasons for them.