I’ve recently been getting to know someone who is in a class I’m taking. On learning that I’d been a “classical singer” he told me he doesn’t really like classical music.

I know him to be a university educated retired professional, an intelligent guy. He’s certainly entitled to like or dislike whatever music he wants. There’s lots of music I don’t like, why shouldn’t he? It got the music educator in me thinking, though.

The experience led me to consider why many people don’t like what they see as “classical music” even though they profess to love music and listen enthusiastically to other genres.

I’ve come to the conclusion that the problem is not with the music, per se, but rather with the listener and her/his expectations.

People listen, overwhelmingly, to some version of popular, commercial music. It doesn’t matter whether that music is contemporary or not it all shares certain characteristics which are lacking or disguised in much classical music.

To begin with, everyone identifies individual pieces of popular, commercial music as “songs” even when they aren’t, strictly speaking. What they mean, of course, is there are vocalists of some description, singing or speaking words and they are the most important element of the piece. The language, its rhythm and meaning (if you can make it out) anchor the listener’s experience. 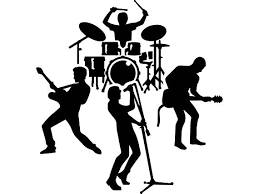 Everybody knows some version of the story in which, at a stadium concert, the band begins to play the introduction to their big hit. The guitar kicks in with the opening rift and the crowd goes wild. Some bars later, after too many repetitions of the guitar riff, the lead singer starts in and a bunch of other people cheer and jump up and down. They second group, who paid big bucks to attend and have probably heard the song dozens of times, didn’t recognize it until the singer came in. Think about that for a minute.

Secondly, commercial, pop songs are overwhelmingly danceable. They have a strong, repetitious beat, reinforced by percussion, usually drums. Even if nobody would actually dance to them they encourage the listener to move with the music, to feel the beat. The music engages them physically in an uncomplicated way.

So if your approach is to listen to the singers, the lyrics and the beat, even well know, accessible classical pieces are going in one ear and out the other. For the most part they have no vocalists at all. Even when the rhythm and beat are consistent and straightforward it is rarely supported by drums the way it is in pop music.

There’s no doubt that part of this is an educational issue. Off the top of my head I’d posit that people who had music lessons or played an instrument, especially in some kind of ensemble like a school band are far more likely to “get” classical music. That kind of experience has become more and more rare for kids these days. 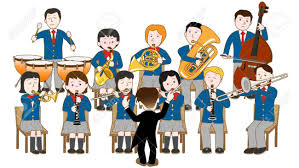 I was told, a few years ago by a musical parent, that their son had done well in high school music and loved it, but had to drop it because there was no room in his Grade 11 timetable. University or college admission was the big consideration and he wasn’t going to study the arts. Other families have to choose between music lessons and athletics. Hereabouts, where ice hockey is king, that’s probably not a very long discussion.

I think this stinks. Classical music is an important part of our shared heritage along with visual art, architecture and literature and much else. That a great swath of the population have no understand of it is a travesty. That something which has so enriched my life is closed to them and that they couldn’t care less makes me sad.