Sibelius 7 at the HPO 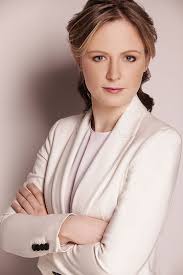 It was extraordinary because it was comprised entirely of 20th Century orchestral masterpieces with the exception of one early 21st Century work, Kevin Lau's A Portrait of Lake Moraine. There was no featured soloist.

The strings were augmented to 10, 10, 8, 8, 6. The orchestra filled the stage of the First Ontario Concert Hall aka Hamilton Place.

They opened with Arvo Pärt's Cantus in Memory of Benjamin Britten for strings and one bell. I don't recall hearing the orchestra play any music that could be even vaguely called Minimal or Minimalist (although Pärt's music hasn't much in common with that of Glass or John Adams.) The music begins quietly.  It was difficult to distinguish the individual string lines in the texture but that was, I think, the composer's intent. You are not supposed to be able to pick out individual parts, you are to listen to the overall effect. The music grows from within itself. It builds to a climax, the bell ringing from the back of the stage, and then dies away.

The stage was already set for Béla Bartók's Music for Strings, Percussion and Celeste which they played next. I'd been hoping to hear a live performance of this piece for years and I wasn't disappointed.

The harp, celeste and piano were in the middle front separating two equal string orchestras stage left and right. The rest of the percussion in their usual place at the back.

It's a symphonic scale work in four movements. There is a great deal of sometimes dense polyphony constructed from deceivingly simple motifs and fragments. The opening movement is a kind of fugue on a highly chromatic subject which is written with constantly changing metres.  It was fascinating to watch Gemma New conduct it. So minimal, so clear. The other movements are completely unlike the opening one although the subject returns in the finale. As the Concerto for Orchestra is for all the instruments, this work is a kind of compendium of string techniques and  effects. And the orchestra played it pretty well.  I would bet some of the string players spent a lot more time in the practice room this past week than they would usually do.

We spent the overlong interval watching the crew resetting the stage to a standard orchestral set-up and waiting for people to take their seats.

The second half opened with A Portrait of Lake Moraine. The composer spoke for a few minutes about the piece which he composed 15 years ago for a young composer competition which he won, sponsored by this very orchestra. He was nineteen. This was his first orchestral work, uncharacteristically melodic and consonant for Academic New Music and, very impressive.

They concluded with the one movement Sibelius Symphony #7. I haven't listened to much music by this composer (aside from the Violin Concerto and Finlandia) and what I have heard has not led me to listen to more.

This was written in 1924 and that makes Sibelius a contemporary of Stravinsky and Schoenberg but, while there are elements of modernism in his music, he is a late Romantic, more akin to Strauss and Rachmaninoff.

I suspect some of the work's popularity is due to its length. The symphony is made up of a number of short contrasting sections which are not obviously related. The music is masterfully and impressively orchestrated. You get a lot of beautiful Sibelius music in the space of about 22 minutes.

I did enjoy this performance. New managed the numerous transitions masterfully and the orchestra was with her the whole time. There was some very nice playing from the brasses (this is Sibelius, after all) especially acting Principal Trombone Catharine Stone.

The management and conductor tried an experiment which I will now judge a failure. They projected dozens of images of the Bruce Trail on two screens upstage right and left while the orchestra played the symphony.

This added nothing to our enjoyment of the music and was simply a distraction, adding nothing and quite divorced from the musical context. I beseech them not to try this again.

I thought, altogether, the orchestra played extremely well this highly demanding music and I commend Gemma New and the management for their courage in presenting it. We're not in TO and this is not the Toronto Symphony and you can hardly blame them for being generally cautious.

They are, nonetheless, building on the legacy of James Sommerville's tenure and New is taking the orchestra in an encouraging direction.


P.S.: Not everyone was taken with the concert. The man sitting next to my wife exclaimed, after the Pärt, "What the hell was that?" When the photos began running during the Sibelius he started identifying the birds in the pictures, out loud by name, until his wife told him to be quiet.
Posted by David S. Fawcett at 9:24 AM