Singer-songwriters are a staple of contemporary music. One thinks of artists like Ron Sexsmith, Leslie Feist,  Sir Elton John or Neil Sedaka to name some of my favourites. You get the idea. One singer on stage with an accompanying instrument entertaining the audience with no assistance.

I think that's what's going on in this video. Imagine Alessandro Grandi, in the first decade of the 17th Century in Venice, where he was Monteverdi's assistant at San Marco, before an intimate gathering of gentlemen and ladies, singing love songs and accompanying himself on the Baroque guitar.

Now imagine a 21st Century singer, in this case tenor Bud Roach, recreating the music some four centuries later. He clearly loves the songs has prepared them in great detail. He even accompanies himself on the Baroque guitar.

He premièred my own cycle, Invictus: Five Henley Songs in March. 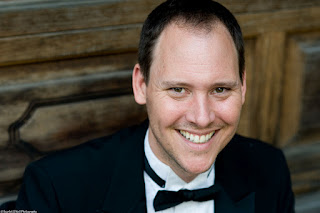 
The recording was made by the versatile Kirk Starkey who is also a wonderful cellist performing New Music, classical repertoire and with popular musicians. Kirk performed the opening movement of my Sonata for Amplified Cello and Electronics this past spring. 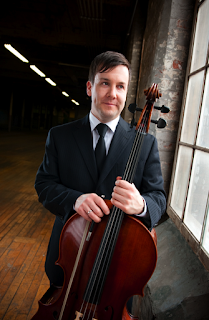