We've taken in Cymbeline and Henry V at the Stratford Shakespeare Festival in the last couple of weeks. I enjoyed both shows and don't presume to make any comment on the plays, their productions or their execution. 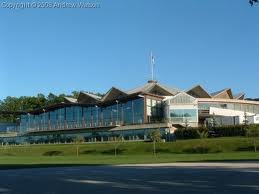 I've recently listened to several CDs of film scores and am struck by the similarity between music composed for the cinema and music composed to be played during live performances of straight (as opposed to musical) theatre.
Composers have been writing music to be performed in the midst of plays for an awfully long time and some of it ( Grieg's Peer Gynt, Mendelssohn's Midsummer Night's Dream) has gone on to have a life of its own. Similarly certain film scores (John Williams' Star Wars etc. or Howard Shore's LOTR music) and numerous individual items from films (David Raksin's Laura, Mancini's Pink Panther) have survived the movies for which they were composed. 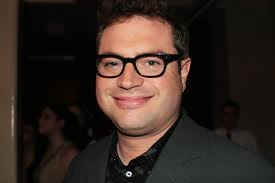 Steven Page (yes, that Steven Page) composed the music for Cymbeline. He's quite a capably composer in this idiom. The music was performed as a recording on which the composer played the various instruments. As, I supposed, should be the case, I was sometimes not aware of the music (and I'm always aware of music.). There's a rambunctious battle scene and Mr. Page must have pegged it perfectly. I knew there was music playing but it didn't distract from the action. There was also a lovely setting of "Hark, Hark the Lark", nicely sung and played until the staging derailed it. It was, on the whole, understated and nicely done. 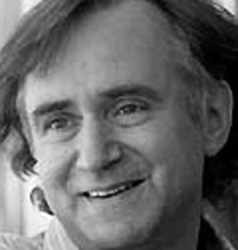 Michael Roth's score for Henry V was something quite different, something much more grand and cinematographic. In addition to pre-recorded music, including percussion and drones, there were four live brass players on stage (playing single valved "Aida" trumpets some of the time) and two drummers. The music sometimes began before scenes had ended (covering the dialogue, although that's hardly the composer's fault) and continuing through the scene changes. Actors sang in chorus on stage and there was pre-recorded choral singing as well. I'd love to know how the director and composer "spotted" the play (and Cymbeline too) to figure out exactly how many seconds of music were required and where it should occur. There's no SMPTE code for a play... or is there?
Posted by David S. Fawcett at 4:20 PM