Mozart and Mendelsson at the HPO

It opened with a world première performance of Alice Pin Yee Ho’s three movement work, Silk Road Fantasy. The composer spoke, briefly, before the piece, thankfully avoiding items that she had already covered in the published notes.

The work is written for classical orchestra with the addition of a single percussionist. No Chinese instruments were played in this piece (they appear in other of her works). It incorporates musical references from various cultures, some of which were apparent on first listening.

The quiet middle section was, I thought, most successful, often having the strings play melodies including portamenti up to and away from long notes in the manner of an Erhu, the Chinese two-string violin. This is relatively simple for a soloist (think of pop guitarists bending notes) but must have taken some rehearsal time to get eight or more players to do it in unison. It must be a regular occurence with New Music Orchestras. I heard it used, to different effect, in a Gary Kulesha symphony some years ago.

In the opening and closing sections there is a great deal of very noisy tympani and percussion which often obscured or completely covered whatever else was going on save the trumpets. I noticed the entire string section pizzicato-ing vigorously and completely inaudibly at one point.

Full points to conductor New who kept this unfamiliar piece together through her clear and accurate conducting.

I’d like to hear the piece again, with the balance corrected, if the effect was, in fact, not what the composer intended.

They lost all but the strings and a pair each of horns and oboes for a performance of the Violin Concerto #5 (Turkish) by W.A. Mozart featuring Canadian violinist Timothy Chooi.

It’s a long and involved concerto by the 19 year old Mozart who, incredibly, wrote three other violin concertos, and who knows what other music, in the year proceeding its composition. It also features a cadenza in each of the movements.

The 26 year old Chooi is an enormously accomplished  player with a beautiful sound thanks perhaps, in part, to the 1717 Windsor-Weinstein Stradivarius which he plays. His quiet highest notes were exquisitely beautiful. Each of the cadenzas emerged inevitably from the music which proceeded it and was a tiny solo recital in itself.

It was an enjoyable and satifsying performance by soloist and orchestra.

They finish the first half with the Theme from Schindler’s List by John Williams. It is a simple piece which repeats and varies the poignant melody which is introduced in its first measures. From the hands such an inventive and experience composer it is irresistibly engaging. It is also utterly unlike William’s Star Wars and Superman scores.

The second half was taken up by Mendelssohn’s familiar and popular Fourth Symphony, The Italian. I love this piece and was looking forward to re-engaging with it as each of the theme’s made its first aural appearance.

However Conductor New, microphone in hand, had decided to illustrate her thesis that it is, in response to Beethoven’s symphonies, a programatic and, thus, Romantic work. She had the orchestra play most of the main themes of each of the movement in turn, with commentary.

So when they finally got around to playing the symphony the introduction of each melody was old news. I’m aware this is a very disparate audience and that there were elementary school students in the audience but the HPO does play educational concerts and I’d rather they only do this sort of thing there.

The performance, by the way, was just fine with up-beat tempos and lots of dynamic variety as there should be.

Finally, I mentioned that there were some younger concert goers in the hall, although, from where I was sitting I didn’t notice any of them. Unfortunately, a woman sitting directly behind us, with her young teen daughter, brought her very young toddler son who fussed through most of the first piece. He eventually nodded off and she must have understood this wasn’t an appropriate place for such a young child as they decamped at the interval. How they got in past the ushers I can only imagine, since the published policy is to allow no one younger than five.

Posted by David S. Fawcett at 1:25 PM No comments: 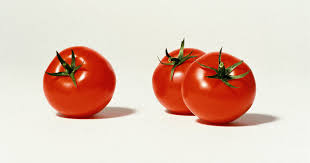