The day after Labour day is coming!

I retired from teaching more than eight years ago and people sometimes ask if I miss it. I tell them, “No, not even a little.” I do miss leading a choir but that was always more to do with sharing my love of music and singing with children than it did with teaching and I did it, technically, as a volunteer on my own time.

I was reminded a few days ago of why I don’t miss teaching school.

There’s a park with a half dozen proper baseball fields three minutes from my house. There are kids' league games in the summer and I stopped for a few minutes to watch. There were four games going on at the same time. Six and seven years olds who will be in Grade 2 in a few weeks. 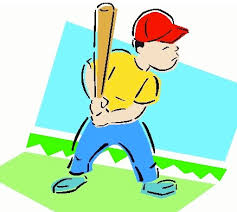 I watched as the coach of one of the teams, a thirty-ish man with shoulder length hair that would make many women jealous, came into the dug-out to get a kid who was supposed to be on deck. He patiently asked the boy to get a batting helmet and bat and get to where he was supposed to be. The kid, a smaller, slight very blonde child was not being cooperative. He eventually did as he was told but was clearly not happy. He didn’t want to bat.

When he finally got up to bat he watched as the pitching machine tossed eight or so pitches at him. He swung at three and was called out. He drudged back to the dugout and sat down, if possible more dejected than he had been before.

On my way back home I stopped again and this time the coach was trying to get the boy to put on a different helmet because he was to cover the pitcher’s position and he was resisting this too.

“Where are the parents”, I thought. “Have they seen what’s going on here? What kind of parents compel a child to participate in a discretionary activity he doesn’t want to do?”

I imagined a father trying to toughen up a quiet, withdrawn child, or hoping to share an activity he enjoyed as a child, or possibly live vicariously through his son. But the kid didn’t want to be there.

How insensitive is that?

Later it occurred to me that the child’s behaviour reminded me of some boys I had tried to teach. They were passive aggressive and selfish. They were also, sometimes, openly defiant. This kid wasn’t but give him time.

It could be that he’s like that all the time, with everything, in baseball, school and at home. Maybe the parents are at their wits end after doing everything they could for him.

Which is it? A sensitive child compelled to do something he doesn’t want to do or a selfish little snot who’d rather be home playing Xbox.

I  really have no idea and I’m just glad I don’t have to deal with problems like that one any more.