Sci-fi Spectacular at the HPO

We went Sat. March 21 to hear the Hamilton Philharmonic play a concert of mostly film music from Sci-fi movies. The orchestra was under the baton of David Martin (who also played trombone) with featured trumpet soloist Larry Larson (who conducted while Martin played). 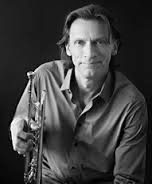 Both are accomplished soloists and this program is a partnership. Larson is, among other things, the principal trumpet of the KW Symphony. Martin played one season as first trombone of the Montréal Symphony and has a multi-faceted career which includes teaching at the Université de Montréal.

The Hollywood orchestras that record film scores are full of first-rate players who are able to produce super-accurate performances with minimal rehearsal. The original Star Wars music was recorded by the London Symphony Orchestra. The HPO rendered carbon copy versions of the scores and played beautifully throughout. It's especially enjoyable to hear a live performance of music which wasn't originally intended to be heard that way.

Two pieces of standard concert music were played. They began with a performance of the opening of Strauss' Also Sprach Zarathustra (2001: A Space Odyssey) which didn't miss the enormous orchestra and pipe organ the composer intended. They also played Mars from Holst's suite The Planets which is the source of much of the martial music film composers write.

There were two pieces not drawn from films. One was Martin's trombone rendition of When You Wish Upon a Star. He reminded us that John Williams has the orchestra plays the song in long notes at the end of E.T: The Extraterrestrial. 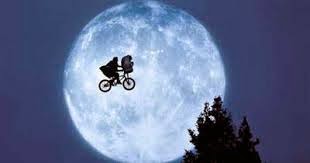 The second was Larry Larson's performance of an arrangement of Hoagy Carmichael's Stardust lifted from Cliff Brown's 1955 album Cliff with Strings.
A bit of a stretch to get to the concert's theme but a very tasty, jazzy piece.

There was lots of John William's music on the program as you'd expect. He's a great composer. He seems to have an inexhaustible ability to imagine catchy, effective and appropriate themes. Does much of the music sound similar?Certainly, but, to the untutored ear so do many Haydn symphonies or Bach organ works. And don't forget, in addition to Star Wars and Indiana Jones he wrote the heart-rending score of Schindler's List.

They even brought Imperial Storm Troopers, Princess Leia and Darth Vader out for the Imperial March. The audience lapped it up. Me, not so much. It just distracted from the music.

An interesting choice was The Chase from Jerry Goldsmith's score to the original Planet of the Apes. It's a twelve-tone work and Martin had the cellos play a pizzicato version of the row for the audience to hear. Some of them even raised their hands when asked if they'd ever heard of Arnold Schoenberg. The piece stands up very well as a concert piece and was an effective contrast to the rest of the music, all of which was very melody driven.

There was a Star Trek medley with music from the various TV series by four different composers. They also played a couple of cues from the original series. One was for a fight between Kirk and Spock and the music was reused in other episodes. Martin confessed something that confirms, in my eyes anyway, his extraordinary musical ability. The "fight" music is not available in written form at all. Martin had  faithfully transcribed the music, orchestration and all, from a recording. 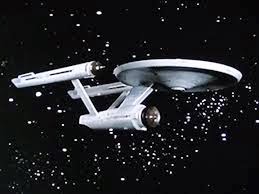 That I don't have the typical listener's ear became very evident at opening of the second half. I don't have an encyclopedic knowledge of TV themes but I can sing lots of those that I've heard, some from my childhood. The program told us we'd hear Marius Constant's short pieces that were used as the opening of The Twilight Zone. I knew immediately what to expect. 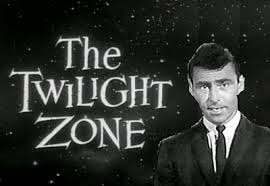 Apparently, many in the audience didn't. If you aren't old enough to watch TV in the Sixties that's understandable but if you were and watched TV? When the music started the buzz of recognition from audience members nearly drowned out the orchestra. Then, Martin recited Rod Serling's opening monologue so it was impossible to hear the music. Too bad.

The hall was nearly sold out last night, the biggest crowd of the season. For an orchestra struggling to build an audience, it raises a quandary. If a concert like this can be so successful, why not do it more often?

The answer is disturbingly obvious and possible intractable. The audience for pops concerts and the audience for orchestral concert music overlap, but are not identical. Straight serious music concerts don't usually draw the former. It's less clear who amongst the latter group attend pops concerts. Many people who are interested in hearing Brahm's Fourth Symphony, which the HPO will play the next time out, won't pay to hear a crossover vocalist like Basia Bulat (who has sung with the HPO) and aren't going to be tolerant of audience members who pull out their cell phones to take a photo, or talk off and on through the concert.

It'll be very, very interesting to see what the new Artistic Director and Principal Conductor will do to program the next season.