Is there a way to attract a wider public to classical concerts? Much has been written about Bandur Brönnimann's response to a Jonny Greenwood interview. Here is my looney's worth. 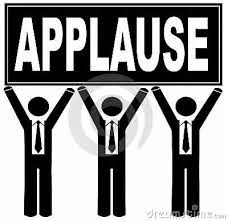 The audience should feel free to applaud between movements. Because they feel like it? Any semi-literate person can figure out, through a cursory examination of the program, how many individual bits there are in a composition and when it ends. This is probably targeted at concerti, which frequently have showy first movements or symphonies whose movements are often long and have strong endings. What about ballet or dance suites? Song cycles? Do you really want folks applauding every movement? I've been in the audience for amateur performances in which that was exactly the case and the concert went on for-ev-er and it wasn't because the music was too long. All the music that has been written since Mahler began the practice of remaining quiet between movements more than a hundred years ago was composed with the expectation that there would be no applause to break the mood. 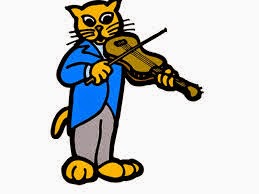 Orchestras should tune backstage. The strings, especially, like to tune where they can hear the other players. There'd have to be a big room available backstage. Otherwise it's everyone on his own with an electronic tuner. What about the necessary tuning between the movements of long piece? Will you be going off-stage to do it? 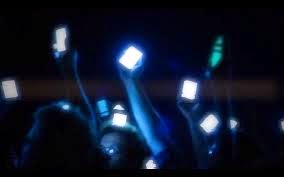 We should be able to use mobile phones (in silent mode). What for? I thought you paid money to listen to live players play live music, not to play with your phone.  The capture from you phone will be crappy anyway and you'll probably never look at it again. And the screen of your phone, in a relatively dark environment, is bright and distracting for everyone (who also paid money etc.) around you. Anyway, this is the opposite of mindfulness. If you really need to use your phone, go out in the hallway.

Programs should be less predictable. Well... You should at least play what you've programmed. If you want to tack a bonus piece onto the end of the first half or at the end of the concert I mightn't mind. But, frankly, I decided to come to this concert on the basis of your publicity. If you don't play the pieces I came to hear I'm not going to be very happy.

You should be able to take your drinks inside the hall. If your concert hall has cup-holders on the seats it's different from ones I've gone to. You're not going to die of thirst. It won't kill you to wait an hour for that lager. Spare the cleaners mopping up dried cola tomorrow or the venue having to have the fabric seats cleaned. Or you your neighbour's suit.

The artists should engage with the audience. That's what they're doing when they play music. There's already too much chatter at classical concerts. Don't give a performer (including, perhaps especially, a conductor) a microphone. Everyone knows what happens. Anything important enough to mention (aside from emergency announcements) can be written in the published program. Shut up, sit down and play.

Orchestras shouldn't play in tail suits. I couldn't care less. As long as they're dressed uniformly, so that no one player sticks out, I'm not interested in how they dress. 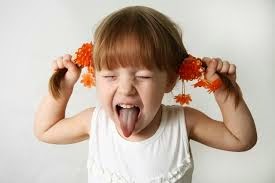 Concerts should be more family friendly. Some concerts are. They're called Family Concerts and are specially programmed for an audience that includes children. Otherwise, most children have neither the preparation nor the attention span required to sit through serious performance without fidgeting. And I'm sure your young Nigel has been going to concerts since he was knee-high but he's the exception. Children have to be trained and you can't start doing it at a TSO performance of Verklärte Nacht. Sorry to return to a theme, but other people have spent good money with certain expectations of their experience.

Concert halls should use more cutting edge technology. I expect the author is addressing the situation at his own orchestra's concert hall: big screens, real time video, etc. I'd be surprised if most symphony concert providers aren't looking into or haven't looked into all the suggestions he makes.

Every program should include a contemporary piece. Depends on the context. Speaking as a living, breathing composer, it's hard to have a problem with this. If, however, I went to see the Mozart Requiem or an all-Beethoven program I mightn't be wooed by a shorter-than-ten-minutes piece played first in the program or at the end. Just doesn't fit, somehow.