I went to hear the Strata Vocal Ensemble at MacNeill Baptist Church in Westdale on Sunday, April 14 in the afternoon. They performed, under their conductor Gordon Adnams, a varied program of almost entirely unaccompanied choral pieces. It was an entertaining and musically satisfying afternoon in part because I experienced again, this time from the audience, music which I'd sung as chorister.

My university choral professor, Deral Johnson, would have approved of the choice of music. In the absence of a major work, he taught us to represent different style periods and languages in unified groups within a concert. The music for this concert surely fulfilled those criteria. 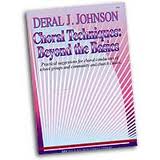 They opened with a three songs selection (out of forty possible ones) from the Canticum Canticorum (Song of Songs) of Giovanni Pierluigi da Palestrina.

A little Palestrina goes a long way. While he is the best known of the composers of this period, Palestrina's music is not usually regarded as the most interesting. Modern audiences are more likely to be engaged by music of Tomás Luis de Victoria or Orlando di Lasso. I once sat through a concert performance Palestrina's entire Missa Papae Marcelli and it was tedious, one movement hardly distinguishable the others. If this is a fault, it was that of the music, not the performers.


In any event, this set was the least successful in the concert. Individual voices were evident. The tenor parts seemed to soar often into the "tight underwear" range. The choir did not achieve the ethereal otherworldliness that the best performances of this music display. It was, however, their warm-up piece and the concert got steadily better.

The Four French Madrigals which followed were much more effective due, in part, to their more homophonic texture. They set offered plenty of contrast and included di Lasso's famous Bonjour, Mon Coeur.

They completed the first half with J.S. Bach's motet Lobet Den Herrn, alle Heiden, the most demanding work on the program. The choir was accompanied by Kirk Starkey, cello and Kate Ward playing a portatif organ. I know the piece well, having performed it as a Tudor Singer under Wayne Riddell. It's one of the standard works in this repertoire, one which every serious chorister aught to have the opportunity to sing. The choir fared well with the support of the accompanying instruments.

After the break, the choir sang four Stanford Latin motets finishing with the rightly popular Beati Quorum Via. The choir seemed at home with these pieces and gave a convincing reading.


Next came three chorus from Leonard Bernstein's incidental music to Jean Anouilh's play The Lark. It was wonderful to hear this music, so different from the other works, reminding me of singing this music a long time ago under the aforementioned conductor Deral Johnson.

The choir finished the concert with spirited performances of three spirituals, Goin' Home to God, Deep River and Ride the Chariot. They sang a second arrangement of Deep River as their encore.

I'd encourage choral music devotées to watch for the next outing of this choir. They sing well, the repertoire is interesting and varied, and McNeill is an intimate setting with a satisfying acoustic for choral and chamber music.